Well, I was going to share my weekend with you today. But, this Monday has just about killed me. Upon arriving to work this morning and entering the cupboard, I noticed a terribly fishy smell. Literally a fishy smell as there were fish in the fridge in my room that had been brought in to use for life drawing on Friday.

Over the weekend their lovely fish juices began to flow and that coupled with the bit of ice that was still in their bags dripped onto the fridge motor and burned it out, which tripped the fuse in my room, shut the fridge down along with everything else.

So flash forward to today and there has been fish juices and yucky water dripping onto the floor all weekend and not just to any floor, but a heated floor. I could have caught JAWS with the smell of that stuff.

So, on went the gloves, out went the fridge and hot water and bleach went everywhere. I have scrubbed, wiped, sprayed and the smell is still lingering. I even put the fan on high, just to get air moving, as there are no windows in the cupboard.

We all walked around today with our noses scrinched. So, I shall save what I was going to share with you and instead show you the photographs of the fish I took on Friday, as we were documenting them to use for future classes.

As Anne of Green Gables says, “Tomorrow is a new day, with no mistakes in it yet!”, so I’m hoping for a better tomorrow then today has been! Harvey In The Cupboard

As many of you know, I work in a school Art Department and I am based “In The Art Cupboard“. I am never exactly sure where my day will lead me as there are always unexpected things that pop up.

One such unexpected occurrence was a very sweet pooch who stayed with me this afternoon. We had our last Life Drawing session and our model had to bring her dog, so he came to stay with me.

We went for walks, we played, I got kisses and a paw shake, he laid at my feet while I did some work, he was adorable. I think the cupboard might need a little furry creature who is a permanent resident. The cupboard was even cheerier than normal and all the kids just loved him. Yesterday we finished our major overhaul of the room we chose to attack during 1/2 term. There are still a few more things to sort though, and to be put back in their rightful place, but it feels so wonderful to be rid of anything we don’t need.

We recycled, donated, organized, made two bags of items to take to school that will live in the cupboard as still life objects, dusted, vacuumed, mopped and sat for a five minute break to catch our breaths.

We decided to have a big lunch yesterday since Mr. Michie had an online meeting last night. I made a fresh spinach and artichoke dip, with a couple of pieces of crusty bread and carrot and red pepper sticks to dip into it. It was wonderful. We cheated and watched something while we ate, an episode of “Bunheads”. I will be sad when this show finishes for the season!

For dessert I had a chocolate chip cookie and it was actually smiling at me. It reminded me of one of my all-time favorite “Bewitched” episodes, when Tabitha turns herself into an oatmeal raisin cookie and then smiles at her mom, with the raisins forming the smile, too cute! (It starts about 5 minutes in)

It must have been the day for things looking like other things to me, because I had a handful of popcorn last night and this piece looked like a little alien creature waving at me, I thought it looked cute and couldn’t eat it, but Mr. Michie grabbed it and ate it instead. This is the last week of my 365 day blog, In the Art Cupboard. I have almost come full circle. I have a few last things to photograph to finish the week up and I have already decided what they will be, just a few things I have had my eye on for awhile.

So be sure to check out the blog this week to see what pops up. I can’t believe that a whole year is almost coming to close on this project. Something, I will no doubt reflect on in the near future, as this blog was a part of my life everyday over the last year and something that has brought my joy and at times challenges,but I have it thoroughly enjoyed it.

What is it about glitter that just makes everything look so pretty? You just have to love sparkles, they are always festive! Found In The Art Cupboard…. What is it about gingham that just says Summertime? In its all its many rainbow colours, it is just pure happiness. It is a cozy pattern, it screams of Christmas, of Spring bouquets tied up with it and the sweetness of a Summer picnic as a gingham tablecloth sits beneath your bounty.

Gingham, its a good thing!

(Found In the Art Cupboard)

A Box of Rainbow Happiness 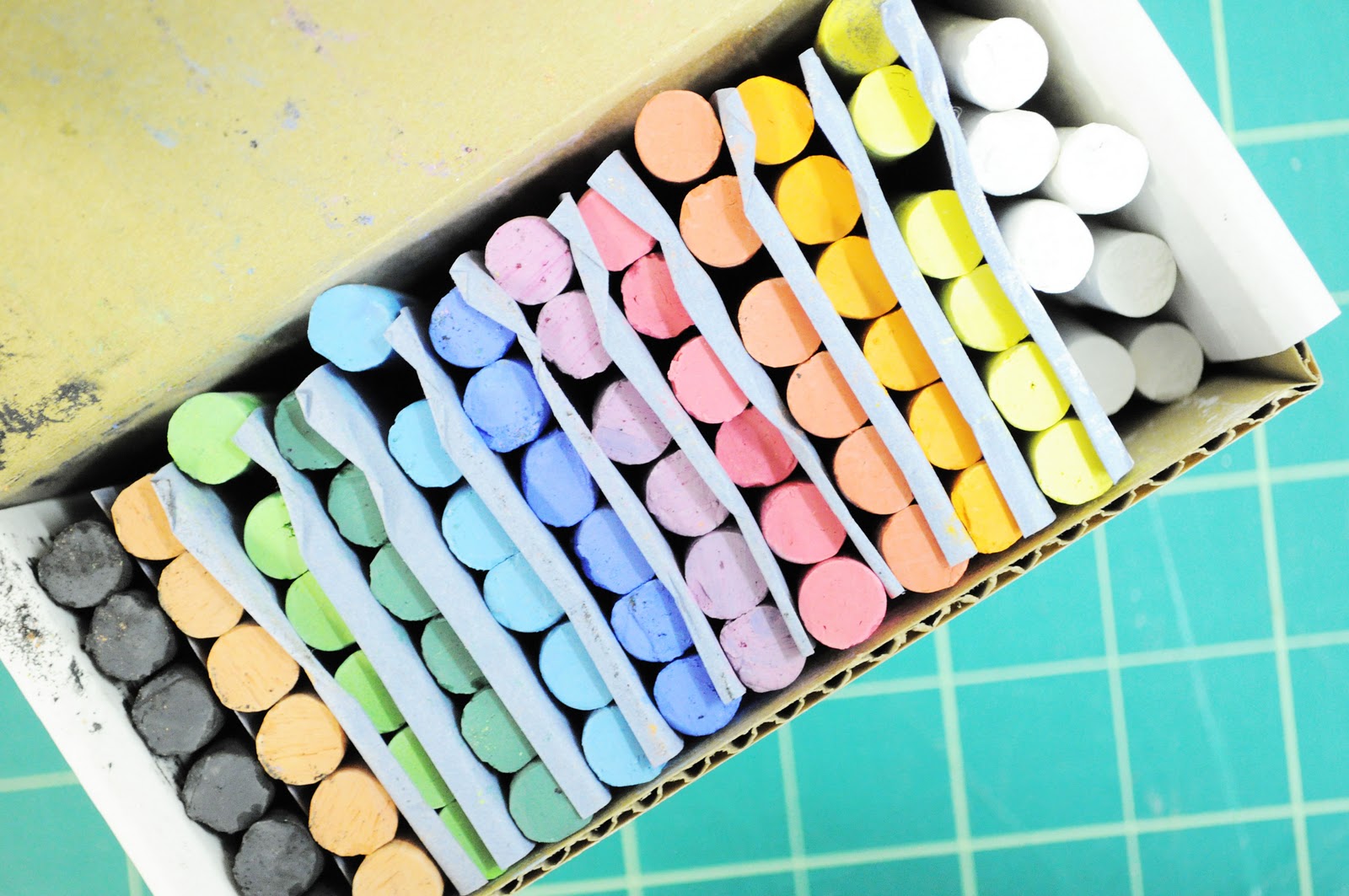 This made me smile when I took the photo. Just a box of pastels, in a rainbow of happy colours.

A few of my favourites so far, over the progression of the project….. 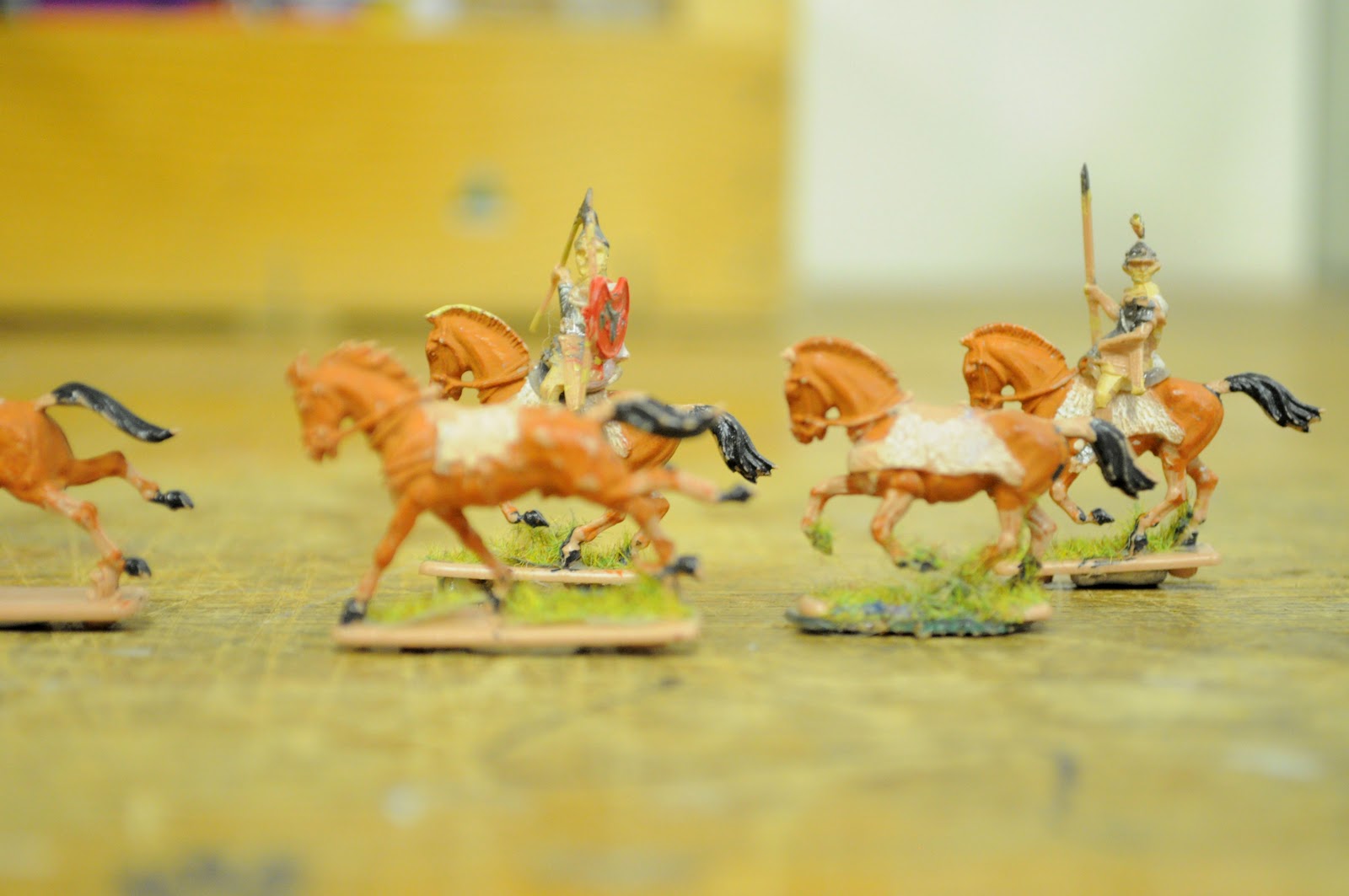 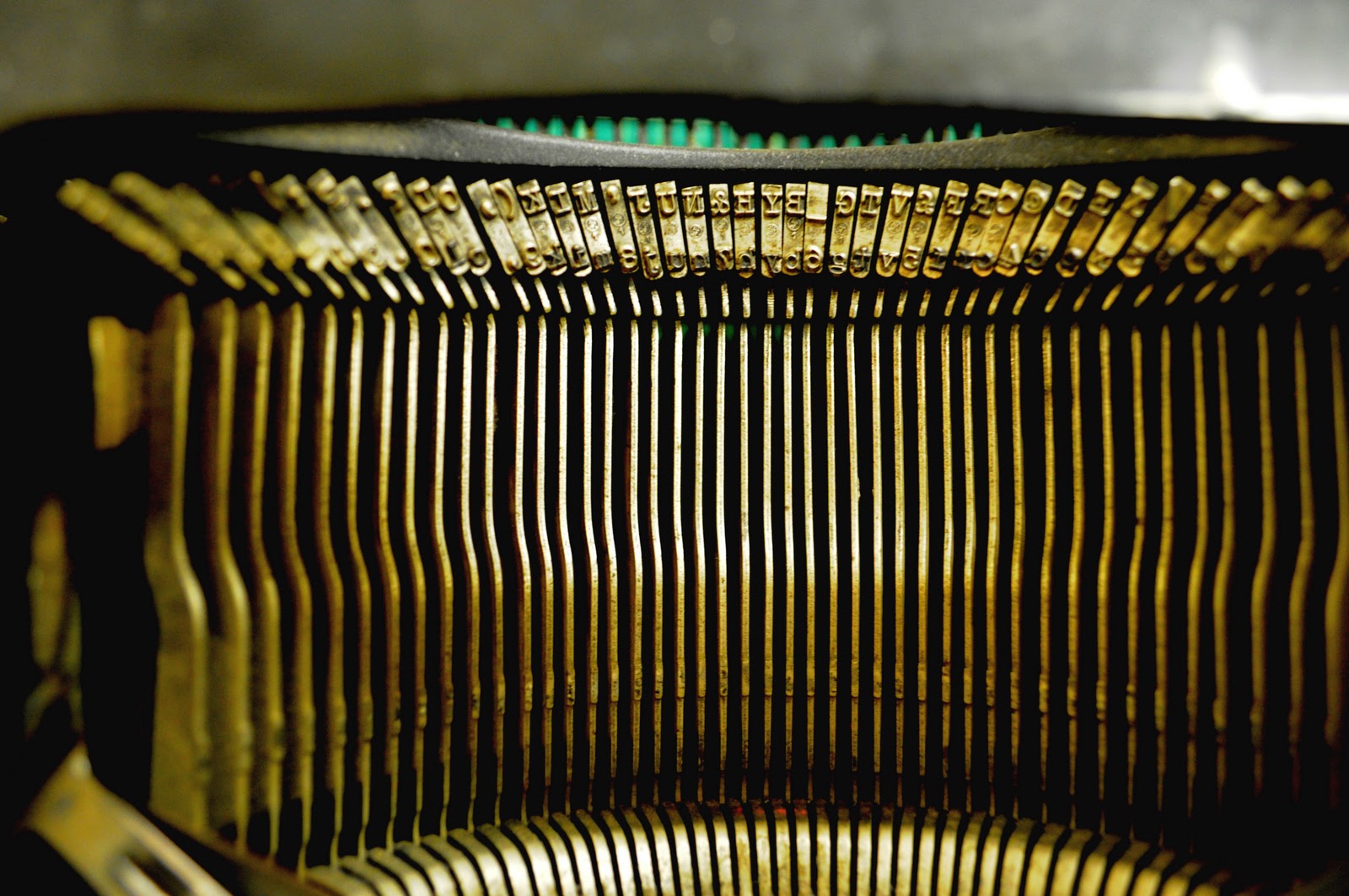 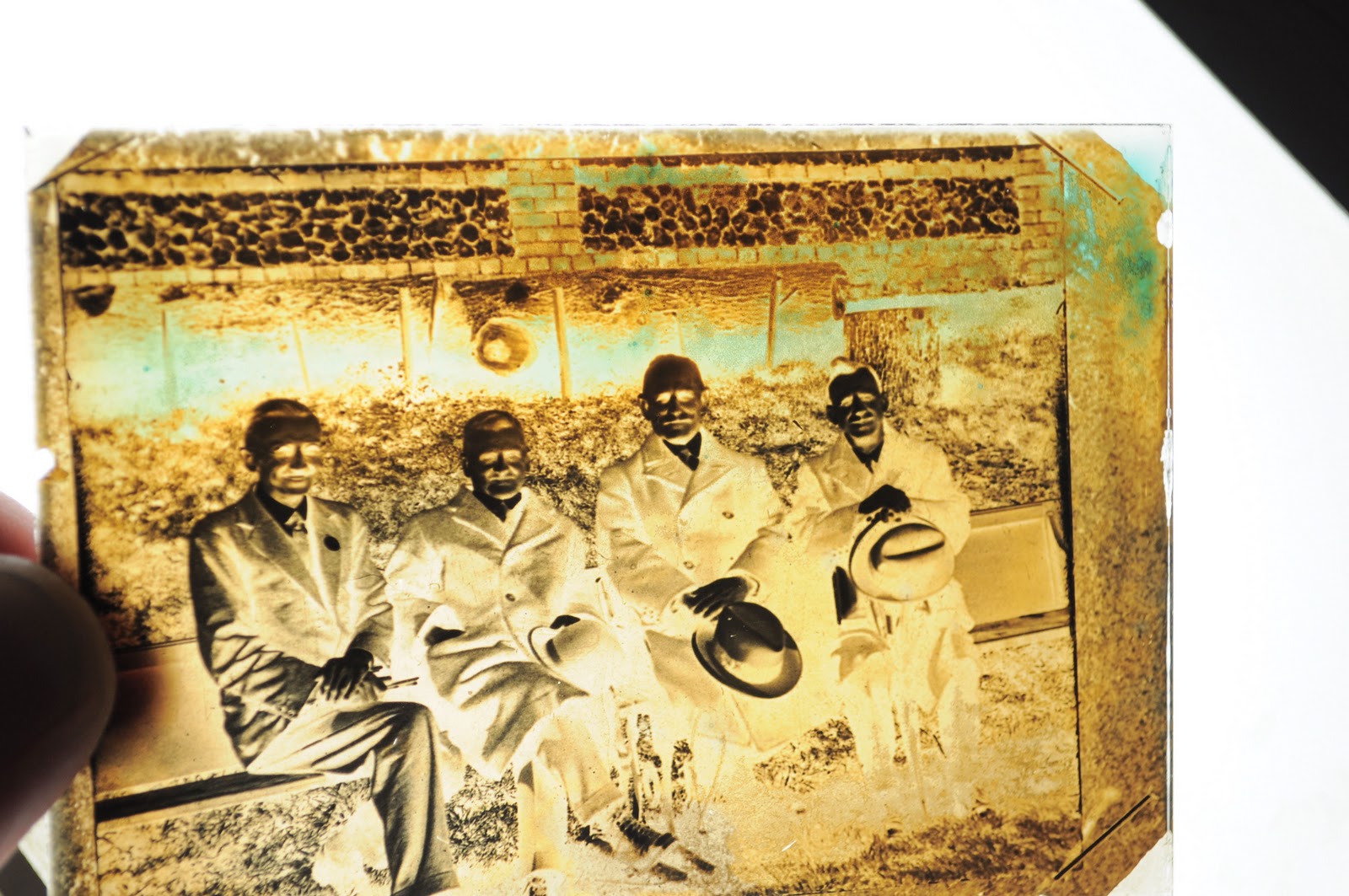 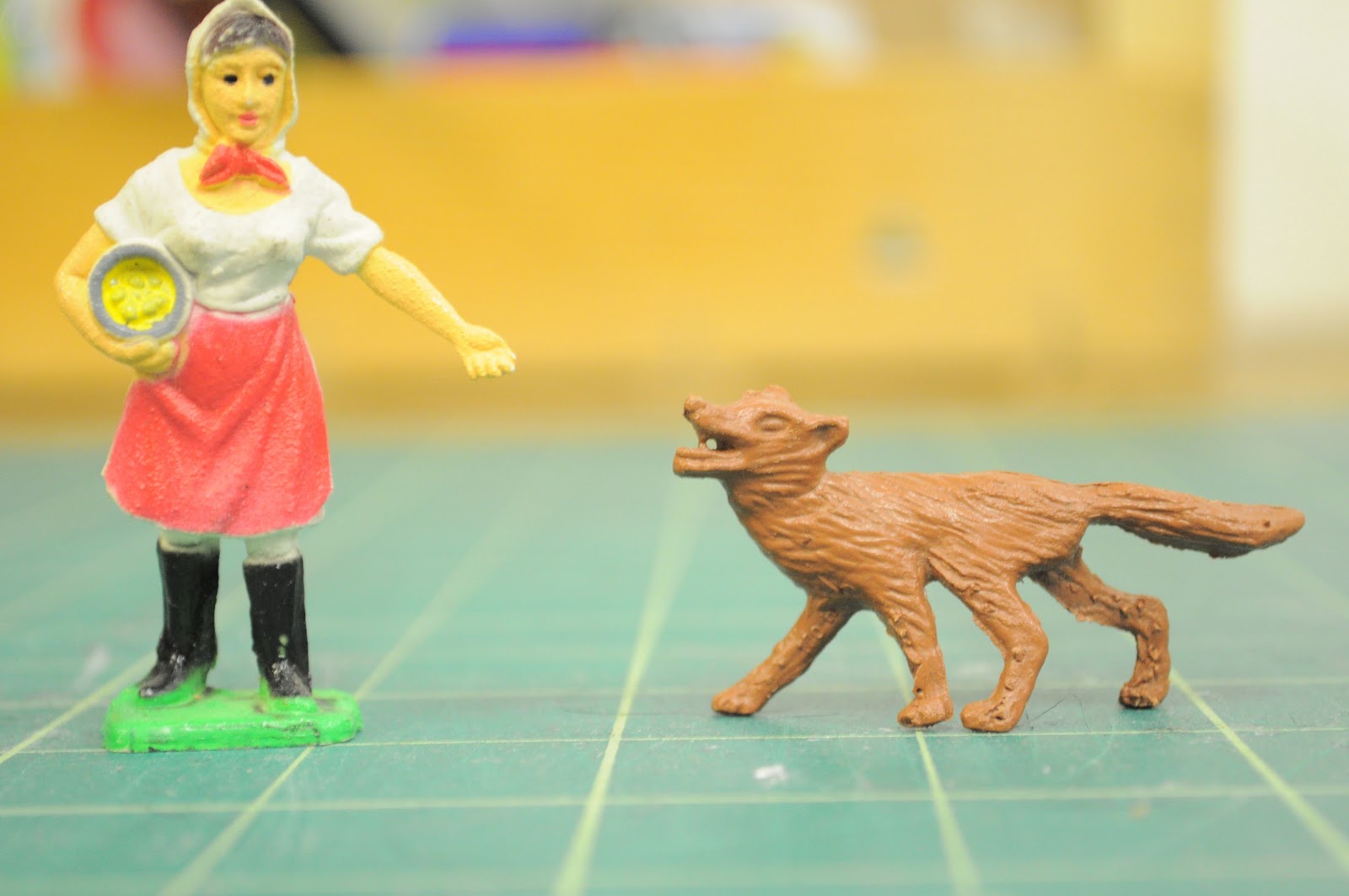 (All Images Photographed by and Copyright of: Jennifer Michie)

A Trip to the Tate

I had the great fortune of leaving the cupboard for a little while on Wednesday and I got to accompany an Art trip to the Tate. It was a treat walking around with the students, getting to sketch some things in my sketchbook and taking as many photographs as I could.

I haven’t been to the Tate in quite awhile. Mr. Michie went on a school trip before Christmas and he inspired me to want to go again after such a long absence. However, they were hanging so many things that a lot of the rooms were closed, so I didn’t get a chance to see as much as I had hoped.

One piece I did see was by the conceptual artist Cerith Wyn Evans. Who had a stunning, ballroom size Venetian chandelier hanging in a room; that lit up very slowly and once warmed up the lights would flash on and off. It was so beautiful and yet surreal to see in white this room, the bold colours of the chandelier’s droplets and flowers were all that stood out, against the blinding light when the bulbs reached their highest power.

There was no way around this chandelier it was so wide and hung so low it almost touched the floor. You couldn’t miss it. Yet, I stood against a wall and watched people breeze past it, give it a wide berth, as if there was nothing of importance to see, or, they would quickly glance at it and move along. Maybe its sheer size unnerved people, they felt it was too big to interact with, it isn’t as “simple” as standing in front of a painting on a wall. Who knows? It was just something that fascinated me.

I had a lovely day out and I think the students did as well, a lot of good ideas for their exam theme of “Similarities & Differences”. I just thought I would share a few of my favourite images from the day with you: I picked up these two postcards as my treat. I thought they offered an interesting perspective on “Similarities & Differences”, so I am just going to pocket them away as an idea for a student in need: I would like to introduce you to two very special people. I discovered them In The Art Cupboard, or they discovered me, we are still not sure which way it happened, but we are glad to have met. This is Goose Girl & Foxy. They have decided to leave the Cupboard for a little while and come and stay with me in my cottage.

Goose Girl & Foxy are very curious, I am not sure what they get up to when I am not at home. They decided to sit around the Christmas tree on Sunday and bask in the glow of Christmas lights. They begged me not to take it down, Foxy loves the glistening twinkle lights and the branches are the perfect canopy to sleep under. So, the tree will stay up a while longer.

They have agreed to travel with me when I go out and about.  I have the perfect pocket in my purse for them to travel in, in absolute style, of course! So watch out, Goose Girl & Foxy will be popping up here and there, you never know, they might get their own spot on my blog…. One of my colleagues in the Art Department is a wonderfully delightful woman. She usually marches into my cupboard in the morning, singing “Hello” to me, like my own personal Ethel Merman.

She was commissioned by a county museum to create a piece about books. She used a vintage book and then began to take it apart. Drilling through it, slicing out interesting text and images, putting it back together in an accordion fold, that when opened creates the most fascinating scenes as you peer through the “tunnel” into the book. One of my favourite bits of text is the one used in the image above, “A constant source of surprise, was the joy of doing it”.

A resourceful artist and one who does not waste, she stacked the circles that were drilled out of the book on top of each other and screwed in a acrylic holder to make a resting spot for the book when it is closed.

It is a truly charming piece of work and is something that I will be photographing and documenting over on In the Art Cupboard this week, so please come over and take a look!