A long stroll this morning took me down to the seafront and along the shore where the pebbles were covered in snow. Then, up to my favourite set of beach huts; their vibrant colours standing out in illuminating contrast against the white frosting; icicles dripping from the edges of their roofs.

Stealing myself against the cold, my feet carried me further to a favourite stopping place. I stood on my tiptoes to gaze over the stone wall to see if the goats were up and out of their little hut. To my surprise, they were out playing in the snow. I paused and enjoyed the moment; lost in the calm serenity of the winter morning; as the goats romped about in their field.

All the while, pillow sized snowflakes were softly landing on my hat and shoulders. It was magic. In that moment I felt blessed. I walked back home with Patti Page singing in my ear and a heart full of happiness for all the beauty around me. It was a good start to the week! 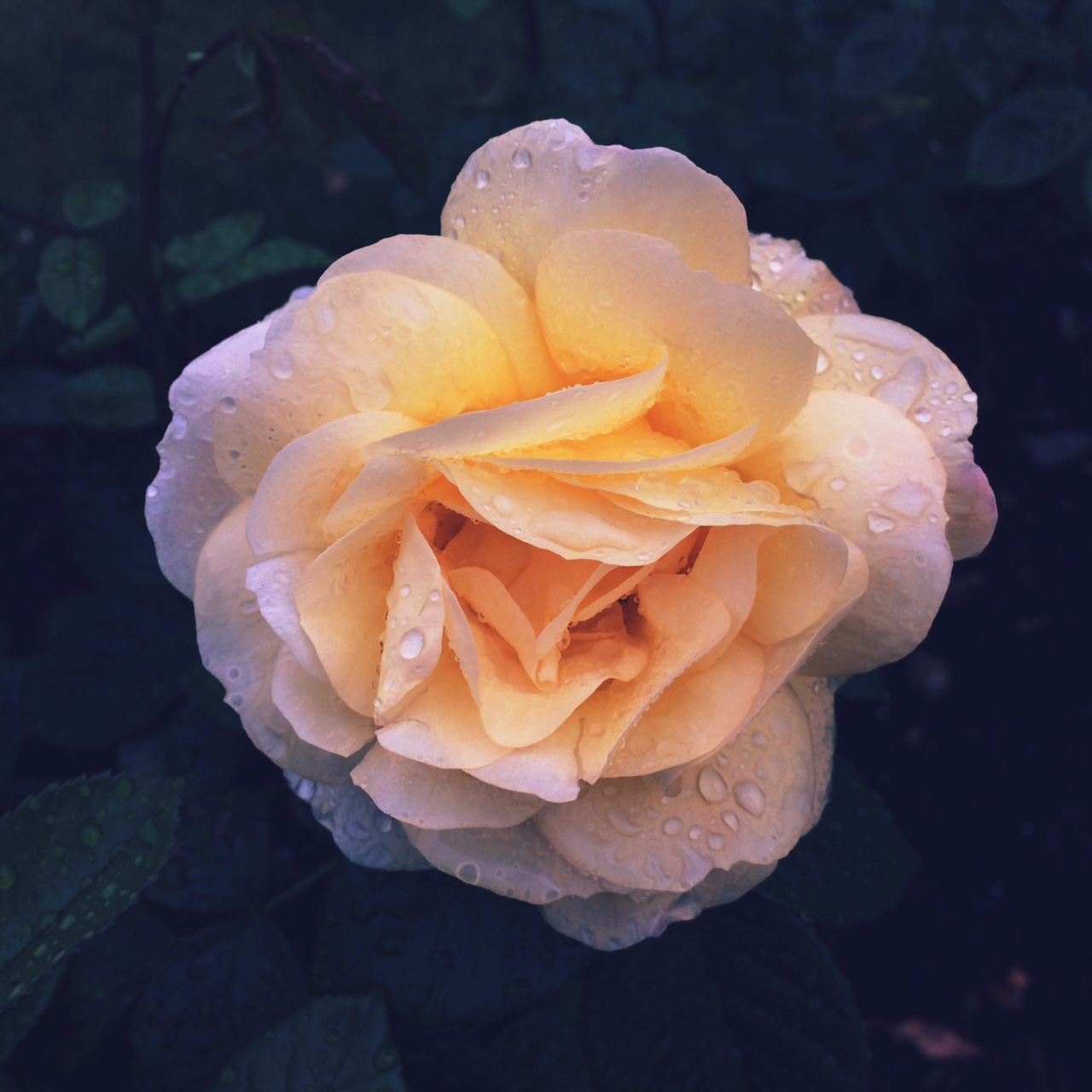 This peachy beauty was covered with raindrops from the morning’s shower. She had survived the deluge we had last night, when many of her other delicately petalled sisters, bursting forth from their leafy emerald green stems had not. A Collection of Pumpkins For what started out as a pretty gloomy morning my tube ride was filled with light. Sunshine poured through every window, nook and cranny. It filled my soul with happiness and hope, for that is what the light is supposed to do. Now, I am a Southerner, but I’ve been spending a bit of time in the Midwest this summer. Now, there is nothing like watching the sun set over the water in Charleston, but the sunsets here have a beauty all of their own!

Out of the Dust

I found this short film to be thought provoking, as I have often watched the students with their sketchbooks. They are very precious with them. They don’t want to make a mistake; they want everything to look perfect. But, that is not what a sketchbook is for. The very essence of “sketch” is not about perfection. Your sketchbook exists to get it out, to rough it out, hash it out, and rip it out, to see your idea evolve.

I am guilty of it as well.  Oh, the power of a blank page. Sometimes it is simply that, a blank page waiting to be filled and at other times it is a mine field. I am nervous to take my first step in case it goes wrong.

So, the very idea of creating something in a sense that is ethereal, appealed to me. It takes the edge away, you make a mistake you erase it, you don’t worry about perfection, because it won’t be there forever, it is just about the process and that is just if not more at times as important as the final piece. I first read this article on Colossal Going through some old Snippet & Ink posts and I came across this, it made me smile! Happy Sunday.

Creature Comforts is a blog I look forward to reading daily! Some of my favourite posts are her “Inspiration Daily” images and they really do always seem to inspire me! I hope they inspire you too!