What Big Teeth You Have! 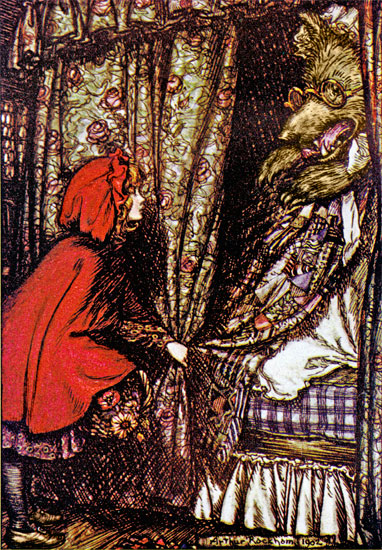 “What big teeth you have!”,exclaimed Red Riding Hood, to what she believed to be her ill Grandmother, lying in the bed, only to discover that it was in fact, a wolf! This seems to be the week of grandmothers turning into wolves, where all is not what it seems.

A week where everyone seems to be baring their teeth. I do not know if the “new” moon has made people crazy, or if the stars and planets are simply not aligned this week? Is there something in the water? Have people begun to drink the Kool-Aid? Has the long Winter finally made people just snap? Or does everyone have Spring Fever? This past week has been a week where almost everyone I have crossed paths with seems to be completely off kilter.

People have been snappy, or in an unusually odd mood that is out of character for them. I am so happy that it is the weekend. Hopefully, next week will bring with it a sense of calmness to everyone, because the franticness of this week was almost more than I could take.

This has been a week of being with “wild things”! As Maurice Sendak, wrote in one of my favorite books (Where the Wild Things Are):

There has been a lot of roaring and gnashing this week. There is something in the air, others I have spoken with have noticed it as well. I am just hoping that all this windy weather we are getting at the moment, will blow it right back out of here, because I would like an easier, calmer and more peaceful week next week, then this one has been!

A Box of Rainbow Happiness

Writing on the Wall #4