No peeking until tomorrow!

May your day be merry and bright! And may this season fill your soul with love and light. x 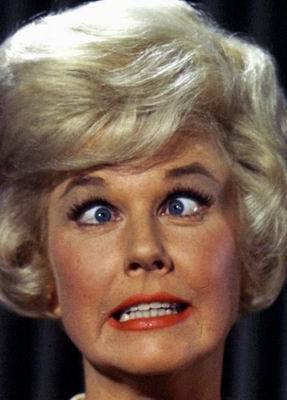 After a lovely week off, enjoying each other’s company; lots of coffee, cake, music and candlelight; a day trip to Oxford and a stroll around one of our favourite places there, the botanic gardens;  snuggling on the couch and watching lots of Halloween related movies, eating lots of Halloween candy while watching those movies, our week has flown by in a blink of an eye and we have arrived back at another Monday.

Monday, I don’t think I’m ready for you yet, I was having too much fun.

Fly Me To The Moon

Fly Me To The Moon, is one of my favourite songs. It’s a song that has transcended musical boundaries. It’s a a close call, but I think Frank Sinatra is my favourite male singer of this tune, it’s his pacing that just makes it. Julie London’s rendition is perfectly classic, but that’s a close tie with the gorgeous Doris Day’s recording and if I’m in a jazz mood, only Vince Guaraldi will do. But, if I’m going old school, you can’t beat Bobby Womack. I’ve had this album spinning all week.

One of my favourite ladies is 95 years young today! I think tonight calls for a little celebration. We’re gonna curl up on the couch with a bowl of popcorn and watch a classic.  I’m thinking With Six You Get Eggroll, or The Thrill of it All, or maybe Move Over, Darling? Yesterday, I celebrated my birthday. We kept it simple, which is just what I wanted. We ordered a pizza, drank sparkling raspberry lemonade and ate a pale pink frosted birthday cake, with gold confetti around it’s edges. I baked one of my favourites; a Southern wedding cake and it tasted of vanilla and a hint of almonds. HEAVEN!

I pulled out the old projection screen we have and Mr. Michie set up the projector and we watched “Move Over Darling”, one of my most adored Doris Day movies.

Today, someone else I love dearly celebrates her birthday. You know who you are! I love you and I hope that you have a wonderful day! xoxo There are few men today, who are truly a gentleman, a real man’s man. James Garner was one of those men. I grew up watching re-runs of The Rockford Files and Maverick on TV and fell in love. He was charming, he was funny, he was handsome, he was generous and hardworking. I always had a bit of a crush on him.

He was unique in that he appeared to seamlessly transition between TV and film in a time where actors simply did one or the other. I loved him as Doris Day’s husband in The Thrill of it All, he was hysterical! They partnered again in Move Over, Darling. He played opposite Julie Andrews in Victor/Victoria. He was a cowboy, a detective, a comedian, a gentleman. He has played many characters, there are numerous films that I love him in, but one might be more special than all the others to me: Murphy’s Romance.

There was something about this movie that just captivated me. It was my Birthday movie of choice this year. Mr. Michie put up the vintage projection screen for me and we ate cake in the dark and watched Murphy’s Romance. I love that movie! It has everything: Sally Field, Carole King singing the theme song, the cowboy element and it had James Garner, who you just fell in love with as the movie went on.

The world lost a gentleman this week and I was sure saddened to hear it.