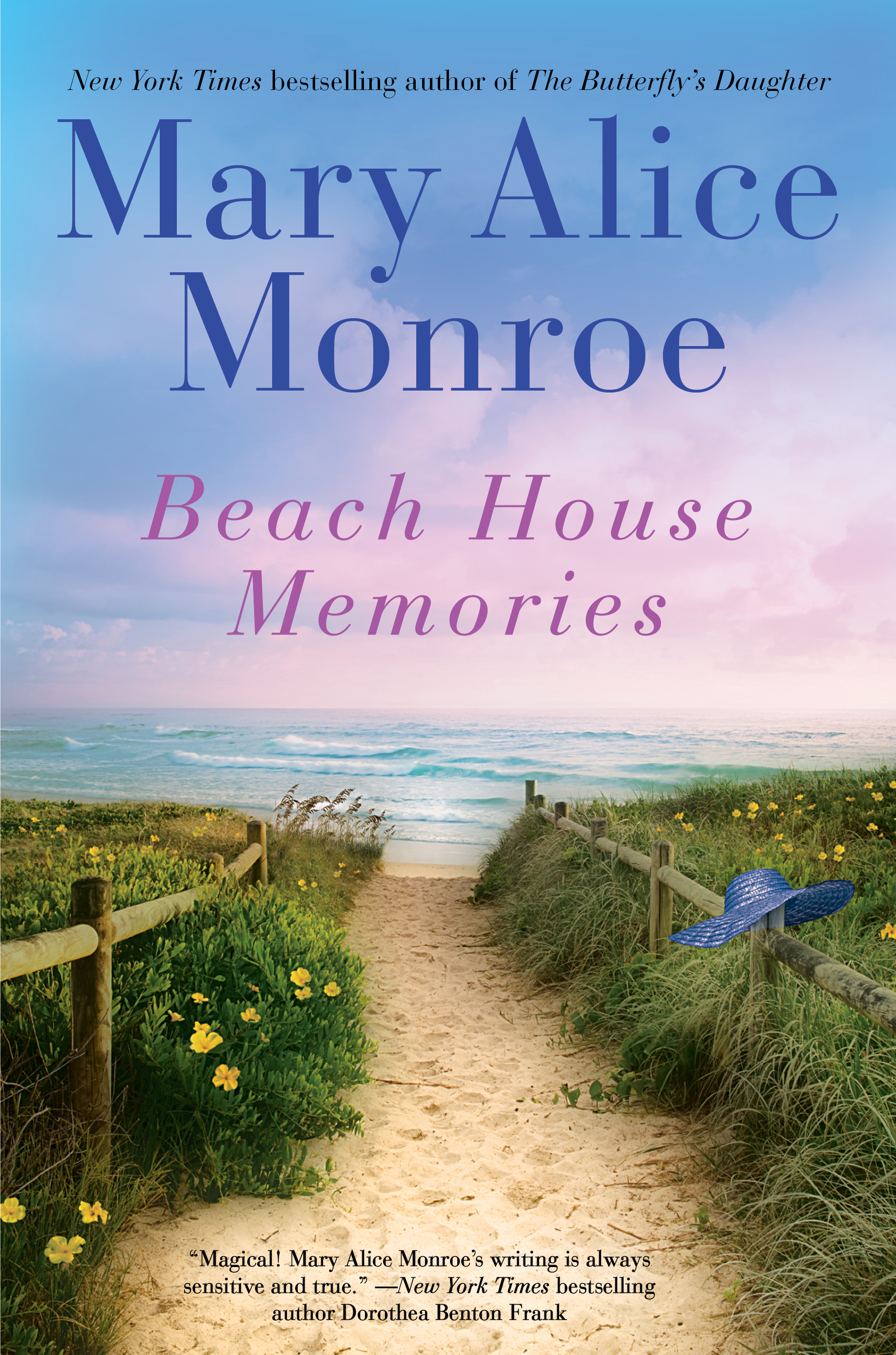 In an explosion of cheers and yelps, the car doors flung open as Palmer and Cara leaped out and ran like wild Indians across the dunes to the beach beyond. Lovie laughed and placed a hand to her heart as memories played in her mind. That was just what she and her older brother, Mickey, used to do. Now, years later, her children loved it here as much as she did. She pulled herself from the car and set her hands on her hips, lifting her face toward her house.

Primose Cottage was perched high on a dune overlooking the sparkling blue water of the Atlantic. It was the same pale yellow color as the primroses that grew wild on the dunes. With its blue shutters and doors, it looked like another of the wildflowers that surrounded it — purple petunias, sassy Indian blankets, and the lemon yellow primroses for which the cottage had been named. She lifted her hand over her eyes like a visor and searched for signs of wear and tear. The prevailing salt winds and the long winters were harsh on a house. A bit more paint was peeling, sand was thick on the stairs and porches, and there was yard work to be done, but all in all, the little house had survived another winter.

She felt the warmth of the sun as she pulled heavy brown bags of groceries from the car. It was just like the children to run off when she could use their help, she thought with a wry grin… Pushing open the the wood door, she was met by a wall of blistering heat and stale air in the closed-up house… Sweat beaded as she hurried to the large patio doors, unlocked them, and pushed them wide open… She was home at last! Home on the Isle of Palms.

In a burst of enthusiasm, Lovie felt the young girl hiding deep within her spring to life. Chores could wait. Unpacking the rest of the car could wait. Cleaning and dusting could wait. At this precious moment in time, her children were out on the beach, playing in the sun. This, she knew, could not wait.

Lovie almost skipped to the linen closet to pull out three thick terry cloth towels. She didn’t usually use her better towels for the beach, but sometimes one just had to break the rules. She tossed the towels in an empty grocery bag, grabbed her floppy purple hat, and hurried out the door.

Her heels dug deep into the soft sand as she raced along the narrow beach path…Immediately she spotted her children cavorting in the surf like shorebirds — Palmer a shorter, pale-chested sanderling, her dear “peep”, running on thin legs, dodging waves. Cara a sleek, slate-black hooded gull, raucously calling and laughing with joy.

Joy… It filled Lovie’s heart as she sprinted toward her children. She paused only to slip out of her shorts and tug her T-shirt from her body to toss on the sand. Her simple black maillot folded to her woman’s body, but she felt ageless as she raced to the waves. With a cry, she leaped into the water, splashing and surprising her children, who whopped in excitement at her arrival. She heard their calls — “Mama! Mama!” — as birdsong before she dove under the oncoming wave. The water was startlingly chilly yet refreshing.

Stroking beneath the water, she felt all the accumulated dust of the city wash away. Lovie kicked her legs, pushed with her arms, and burst to the surface. Gasping for air, tasting salt, she felt the warmth of the sun on her face.

* It certainly feels like summer around these parts. I’m on my third book in one week! We’re devouring books whole around here! My Mom introduced me to Mary Alice Monroe many moons ago, when she gave me a copy of The Beach House. The sequel to this book is just as moving and for anyone who grew up in or around the Lowcountry it certainly speaks to your Southern heart. I was left in pieces after this book. It was eloquently written. And as sea turtles have been a cause near and dear to my heart since I was a child, this book in particular is very special.